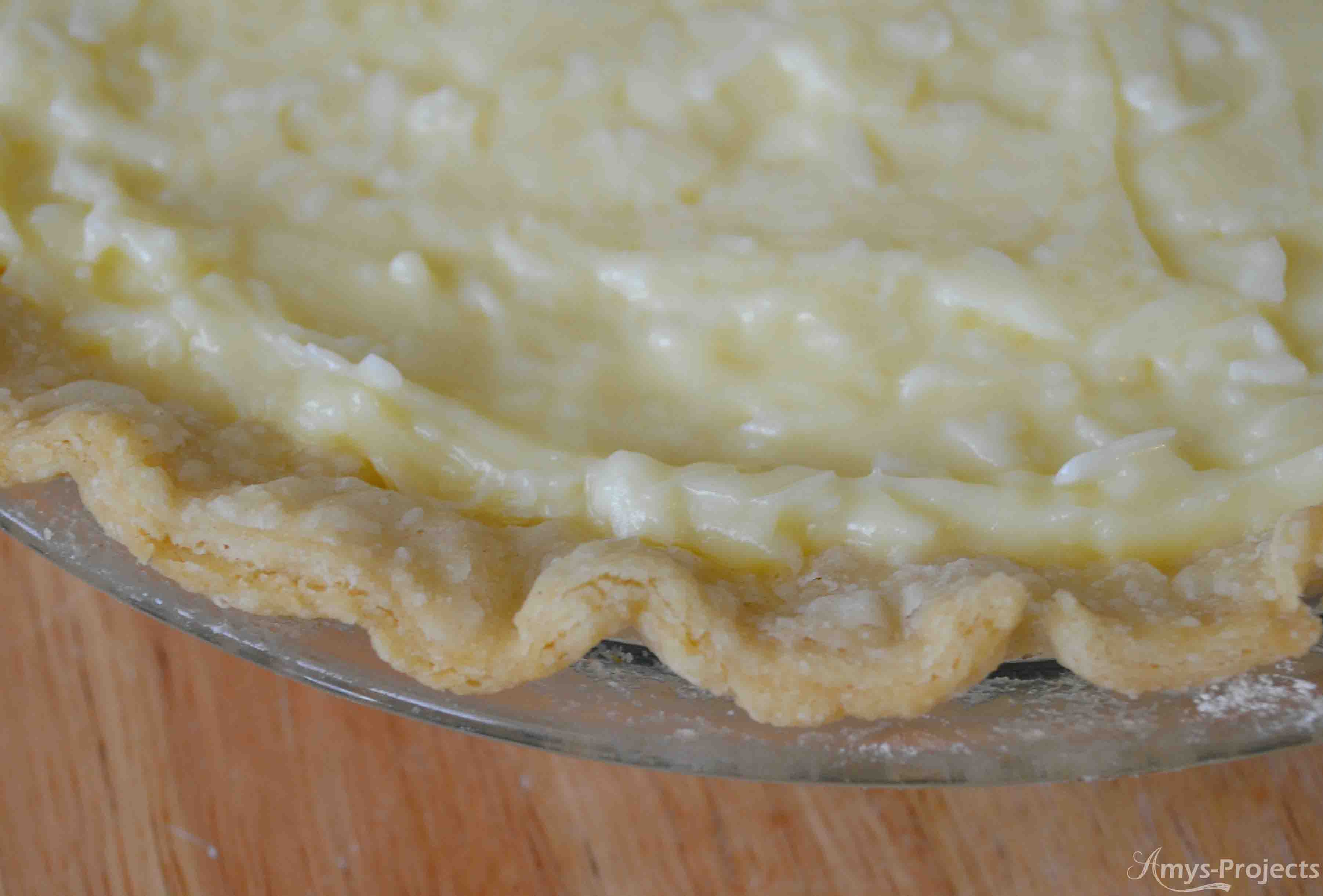 I may be extremely biased here, but my Mom makes the best pie crust I’ve ever tasted!  Her pie crust is always delicious flaky perfection.  The recipe is super simple too, only uses 4 ingredients: flour, salt, shortening and water.  With such a simple recipe, the key lies in the technique.  I don’t feel like I’ve quite reached perfection in my skills, but my younger sister has…so there is hope!

I’m going to include a little dissertation from my Mom.

“Pie crust contains very few ingredients but it can be quite tricky to make.  Typical ingredients include flour, fat, salt, and water.  The fat used to make the pie crust can be butter, lard, or shortening (or a combination).  The water in the recipe needs to be carefully controlled.  To make the best pie crust, the fat should be cold when it is cut into the flour.  The water used in pie crusts should also be ice cold.  After combining the ingredients, form the dough into a ball and refrigerate for at least 30 minutes before rolling it out.  Do not over-mix the dough.  Over-manipulation can form gluten which makes the crust tough and can also warm the ingredients which decreases flakiness.  For best results, only roll the dough out once.  To minimize shrinkage, avoid stretching the dough when placing in the pie tin. 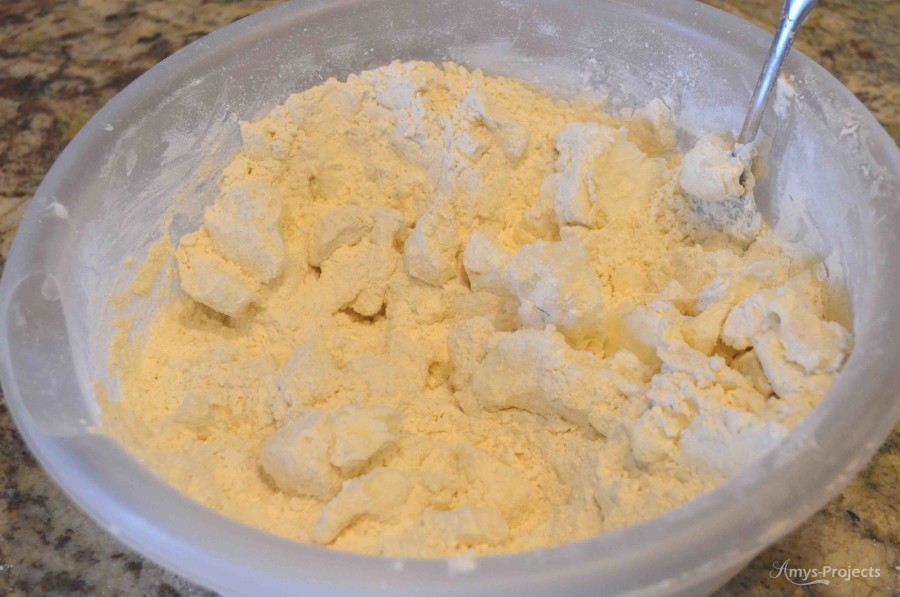 Grab a handful of mixture 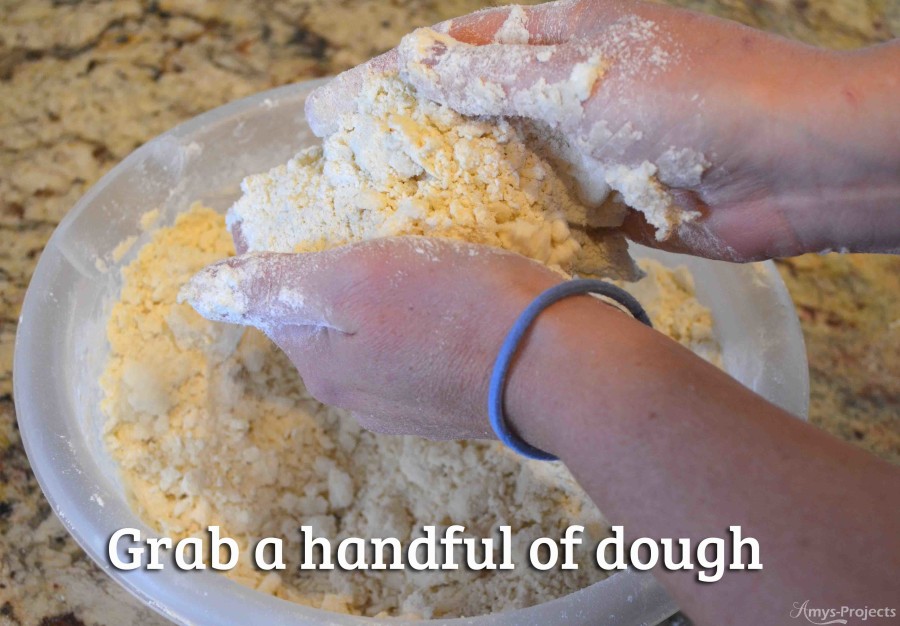 Pass flour and shortening gently between the palms of your hands until the mixture forms pea-sized balls (or use a pastry cutter to mix the shortening into the flour). 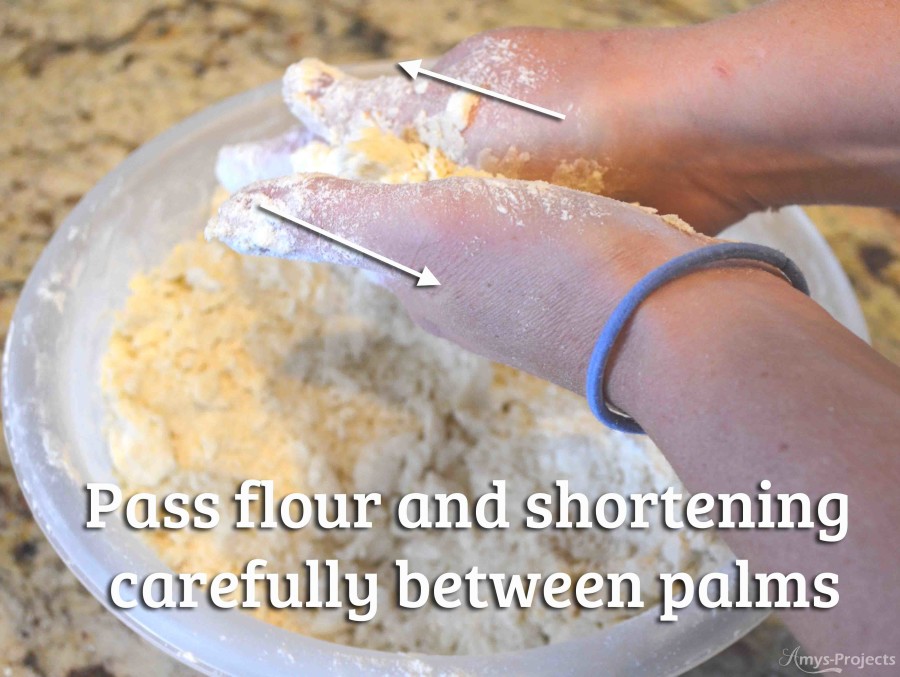 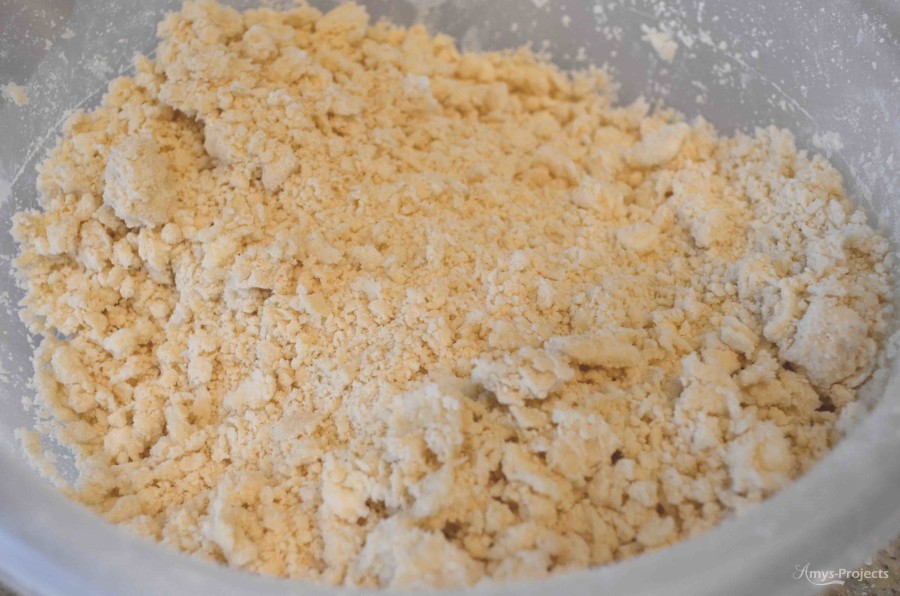 Add water to the mixture (you may not need all of the water).  Toss the mixture gently just until the mixture forms a ball.  Do not over-mix.  Flatten dough with the palm of your hand.  Wrap in plastic wrap and refrigerate for at least 30 minutes.  Dust the counter with flour.  Roll out to 1″ larger than the pie tin.  Carefully place the dough in the pie tin, avoid stretching when placing dough in the pie tin.  Every 1-2 inches, poke the dough with a fork to avoid bubbles in the crust.  Bake at 375 deg for 10-12 minutes (or until a slight golden brown color begins).

I have yet to perfect a pretty crust edge, maybe someday 🙂  Check out all of that flakey goodness! 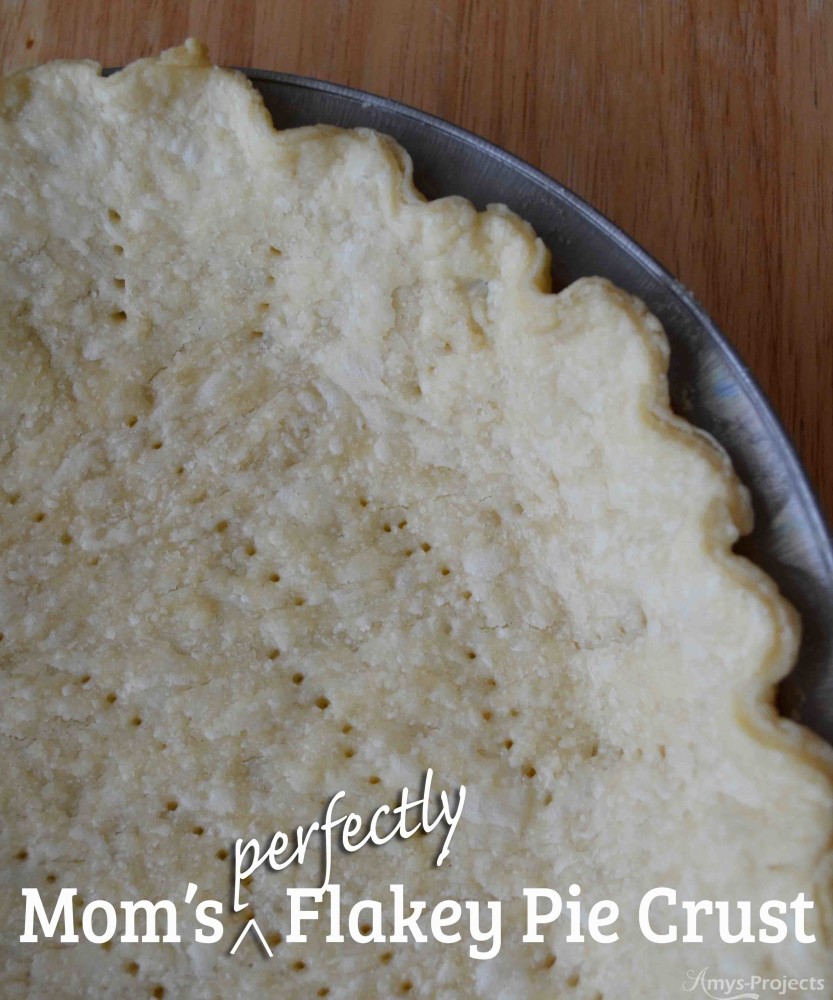 Fill the crust with your favorite filling and devour!  This is coconut cream using our favorite Hintze Pudding! 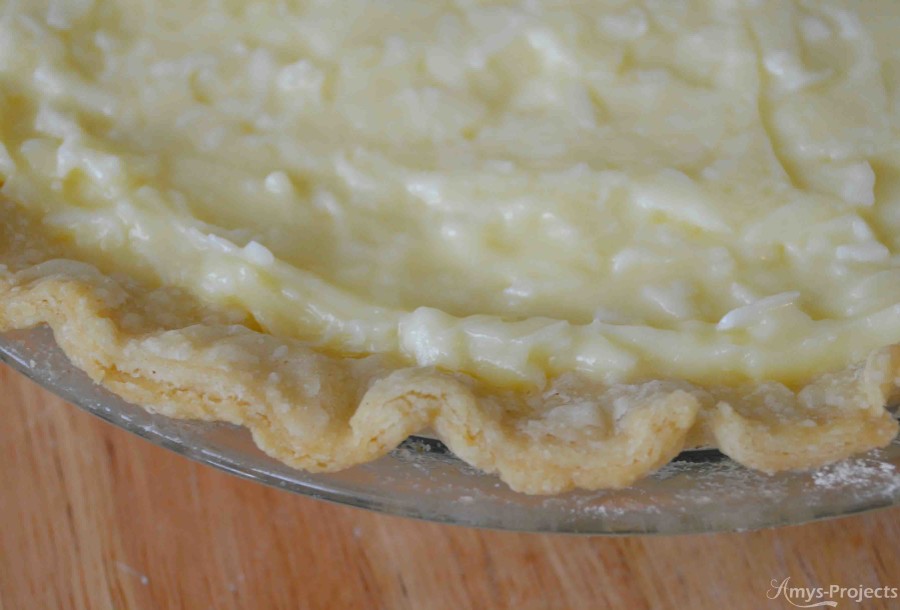