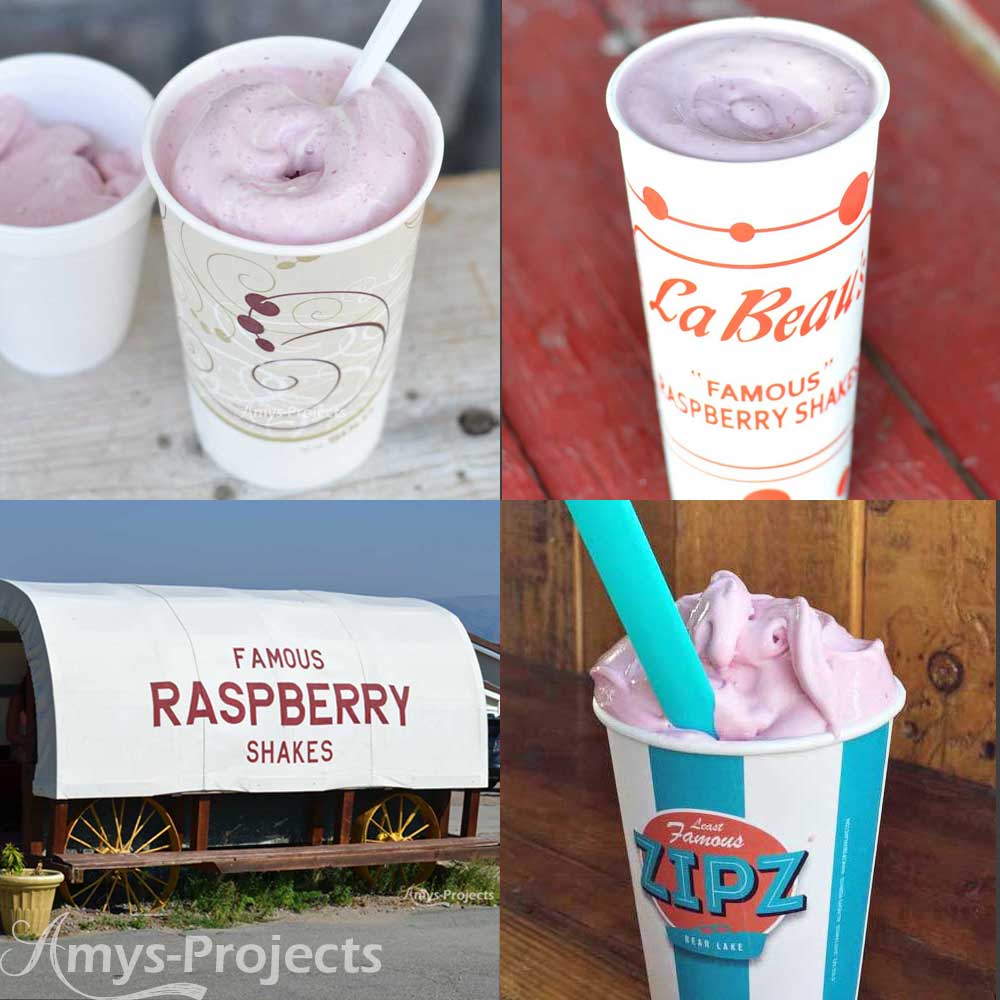 You can’t go to Bear Lake (UT/ID) without stopping for a famous raspberry shake in Garden City!  The problem is, which restaurant really has the BEST raspberry shake??? It seems like everyone has a different opinion, is it La Beau’s, Hometown, Jake’s, Merlins, Zipz, Quick-N-Tasty, or even Chevron? We decided to line up the suspects and have The Great Bear Lake Raspberry Shake Showdown! 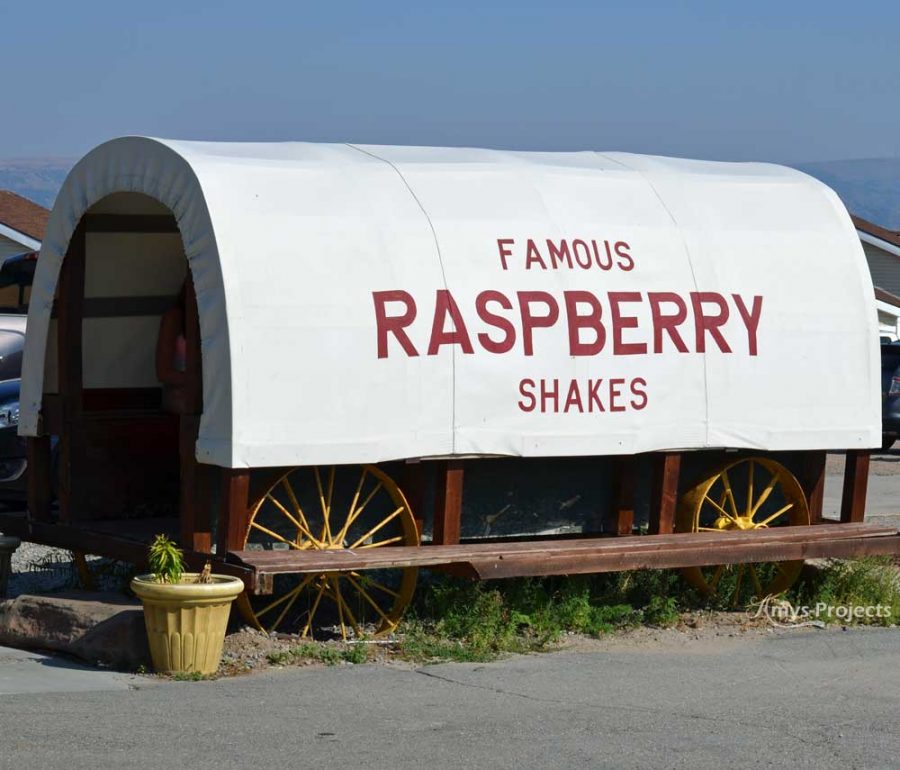 Since I know we all have different taste buds and something that might be out of the world delicious to me, may be meh to you.  I thought I’d describe how the judges taste buds differ (with chocolate), hopefully you can identify with one.

Setting up the Showdown –

Ideally we would have all of the shakes lined up immediately after being served, however there is a little distance between restaurants and varying wait times. We did the best we could and brought an ice chest to keep the first ones cold (we did sneak a bite or two)! We held the showdown on Labor Day Weekend and there was quite a crowd at Bear Lake.

Chevron is the furthest one from the others, just up the hill a little on highway 89 (as if going back to Logan).  The rest of the restaurants are within a couple blocks from each other.  We first bought the Chevron raspberry shake, then divided up to get the others and met at a central location for the showdown. 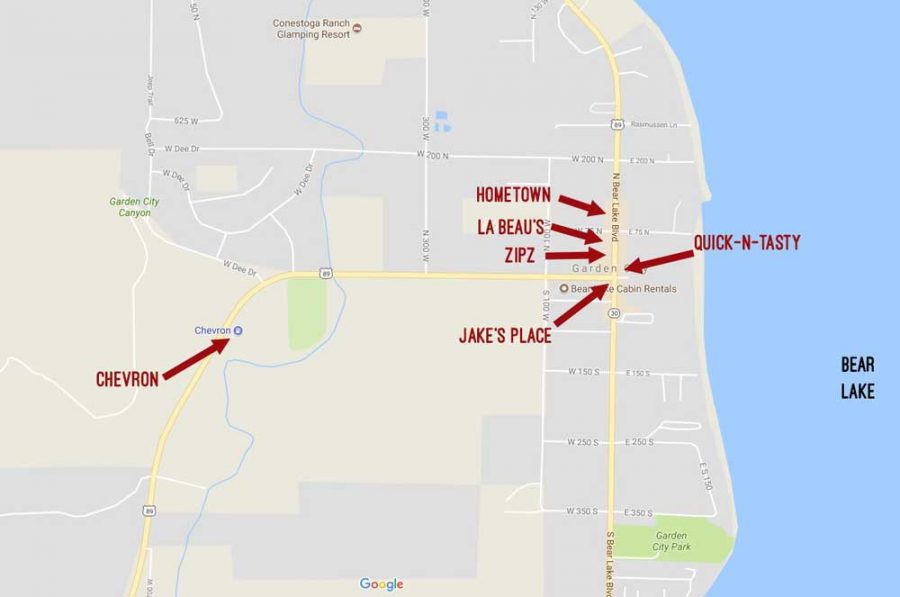 First shake eliminated is Merlin’s, I guess they had a fire and had to close down for repairs. Maybe next year 😉 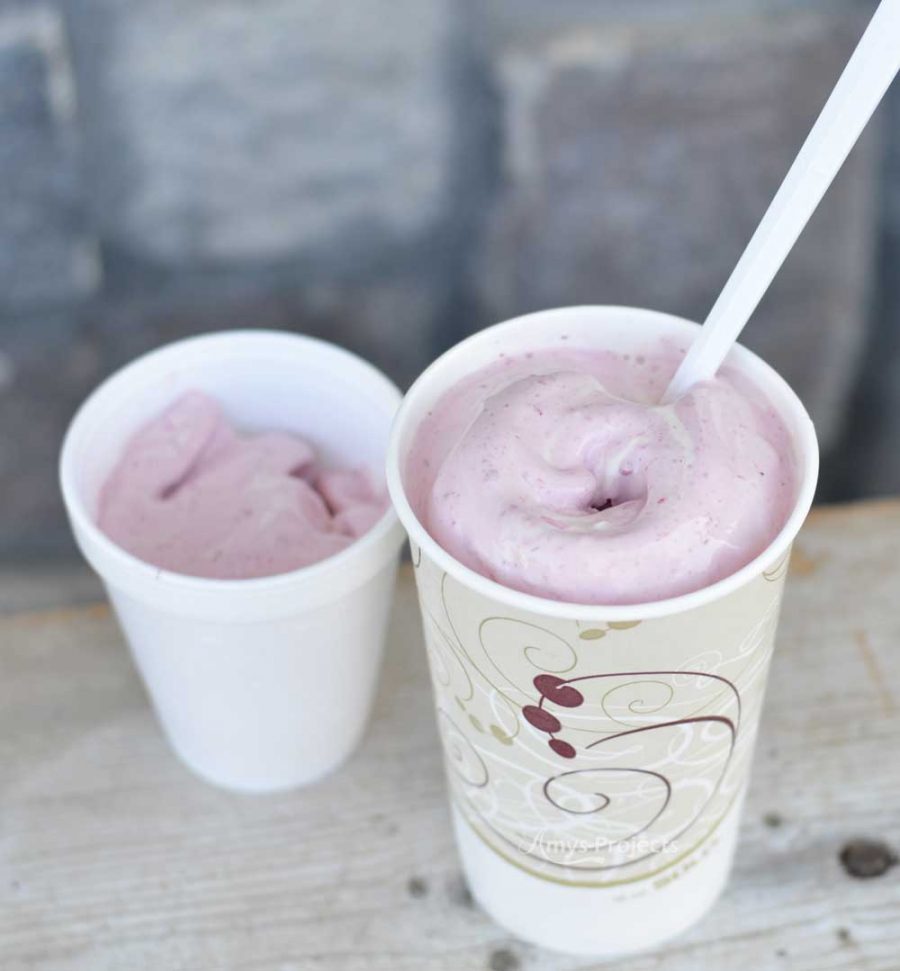 It’s not super obvious that they sell raspberry shakes inside but they do along with burgers, fries, etc. 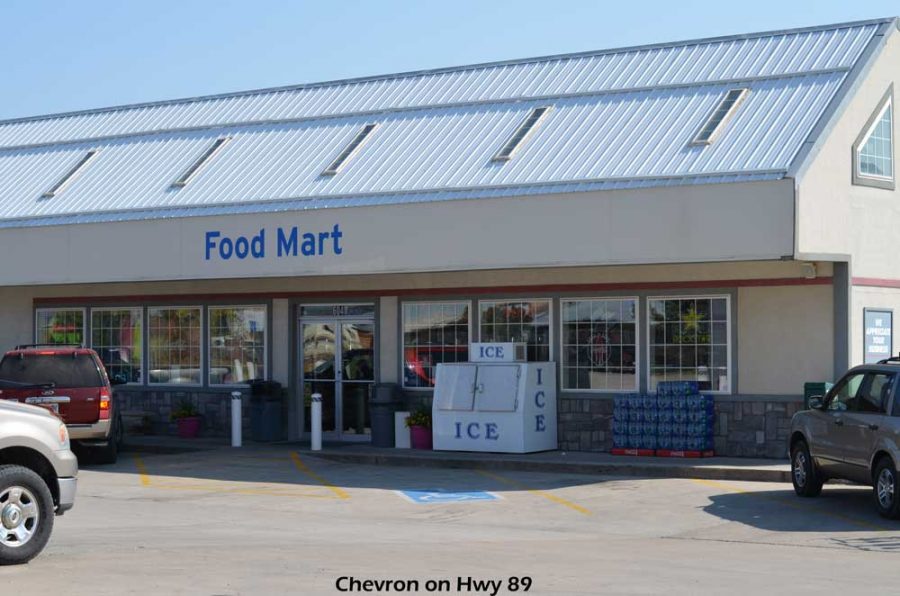 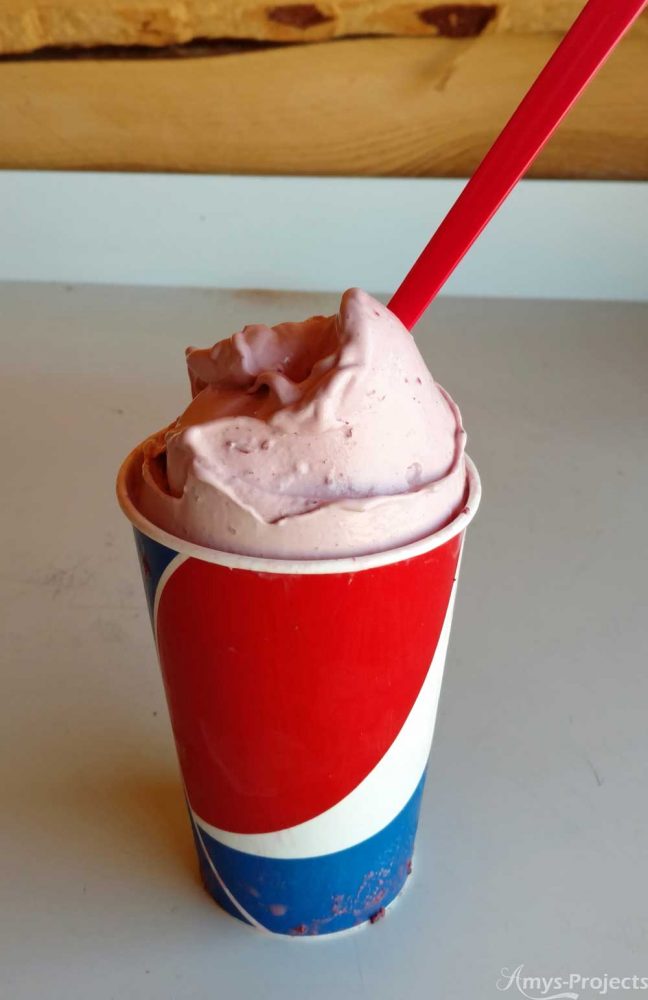 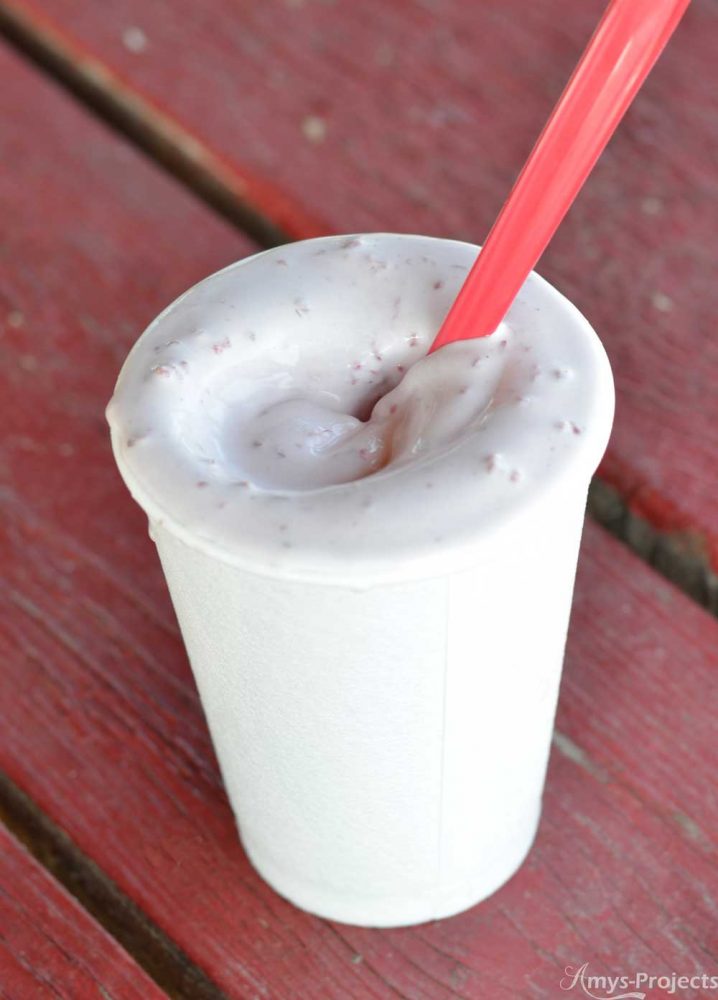 Quick ‘N’ Tasty is in Raspberry Square and one of the first buildings you see when you come to the ‘T’ from Hwy 89. 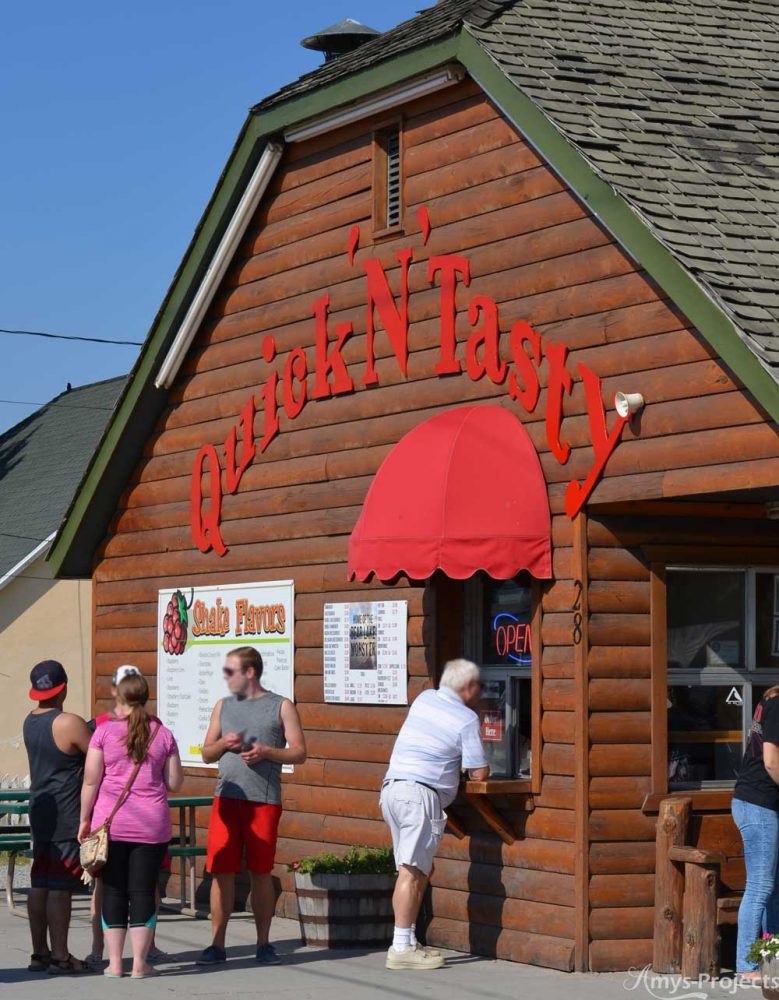 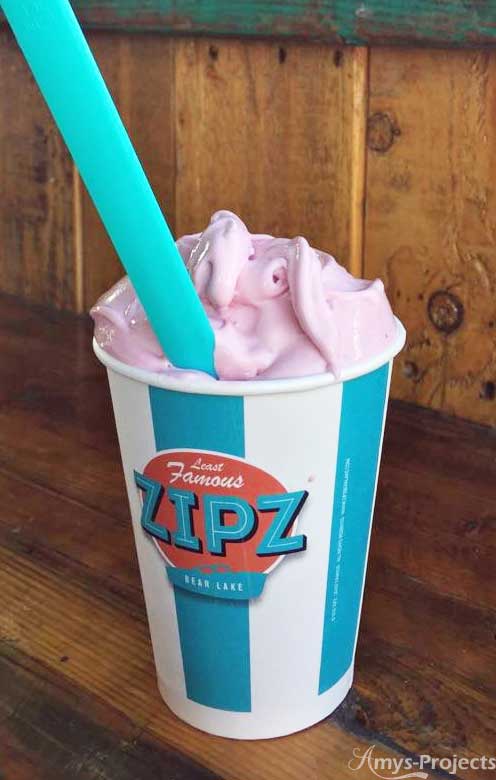 Zipz is across the street from Quick ‘N’ Tasty and right next to Le Beau’s. They call themselves the ‘least’ famous 🙂 but their decor is really fun! 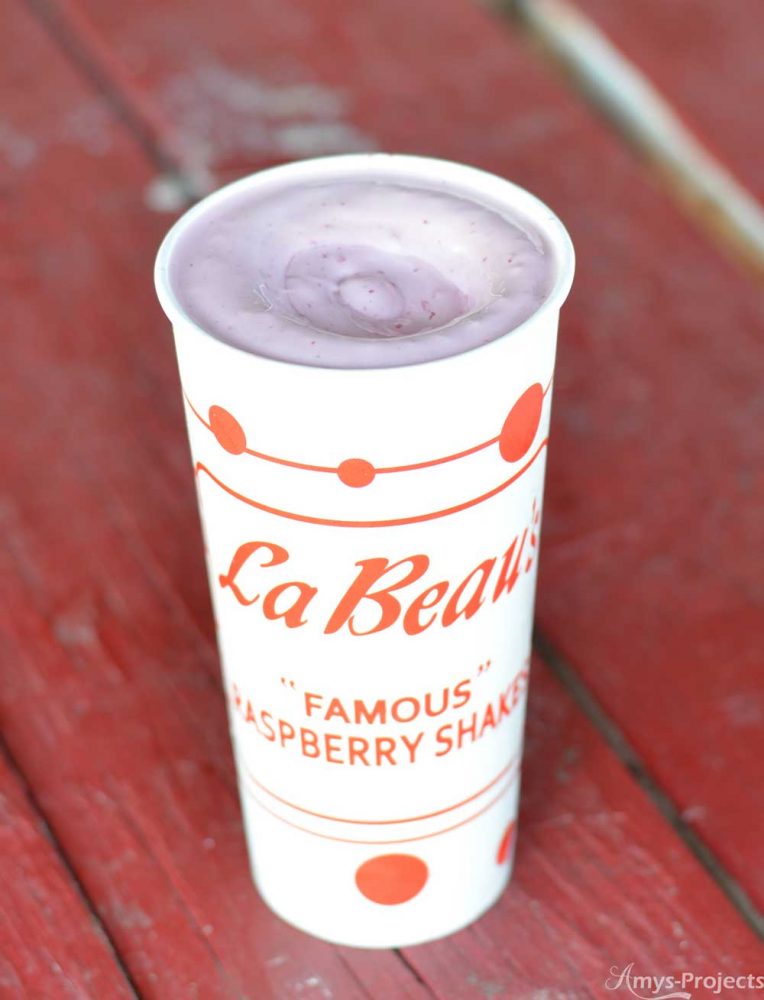 La Beau’s is next to Zipz and is known for the famous “Original” Fresh Bear Lake Raspberry Shake. 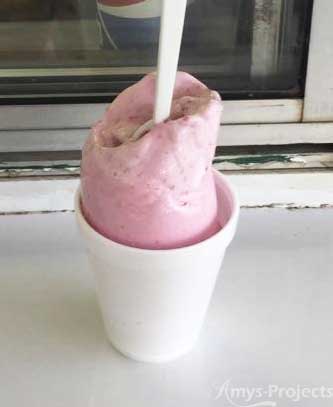 This overall taste final result is surprising to me, we couldn’t pick a clear winner between us. The best Raspberry Shake depends on each judges taste buds.

So there you have it, we hope you get to enjoy a refreshing Bear Lake Raspberry Shake soon!!! 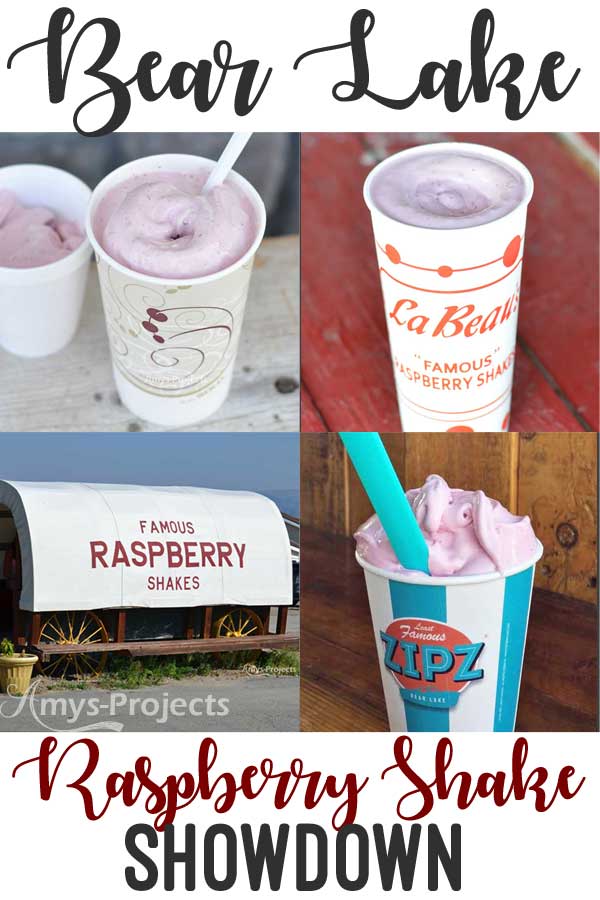